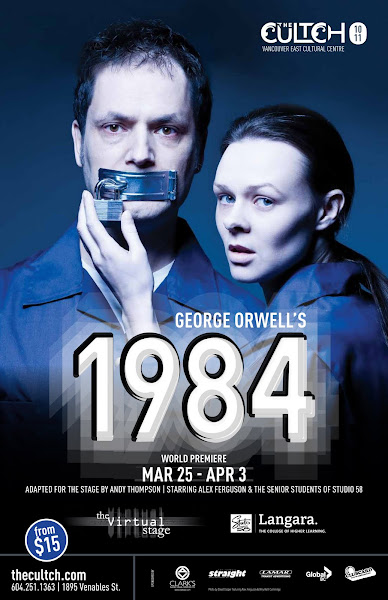 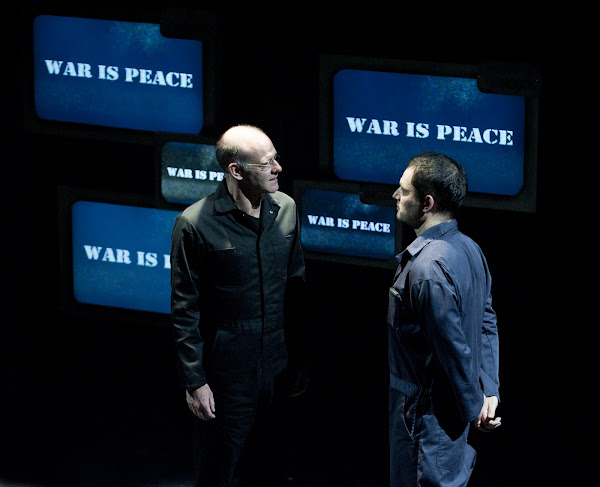 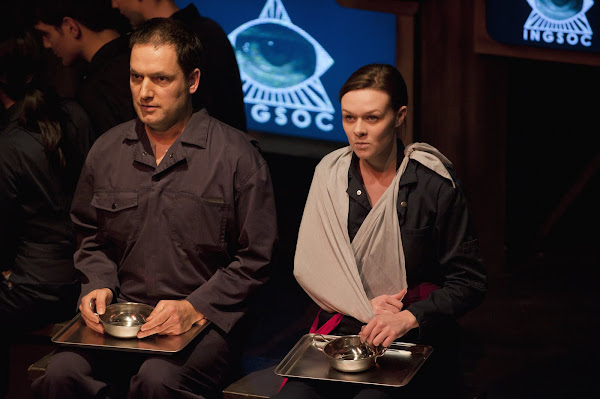 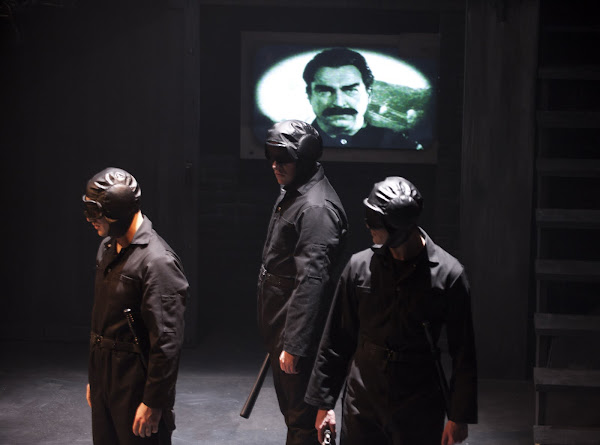 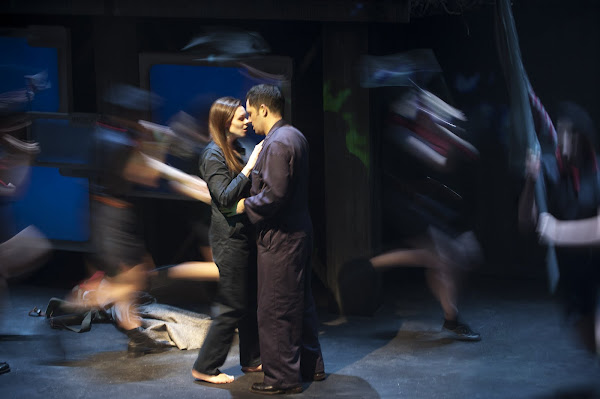 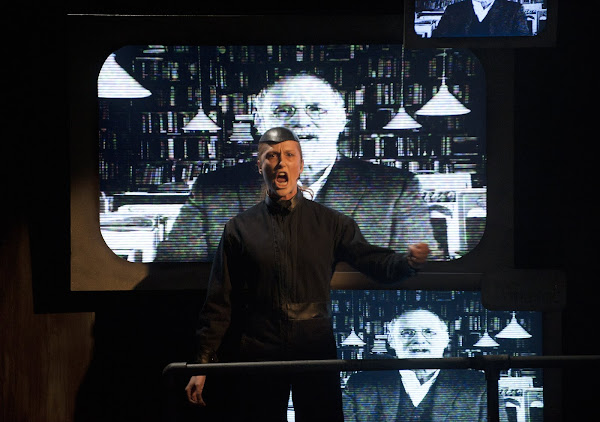 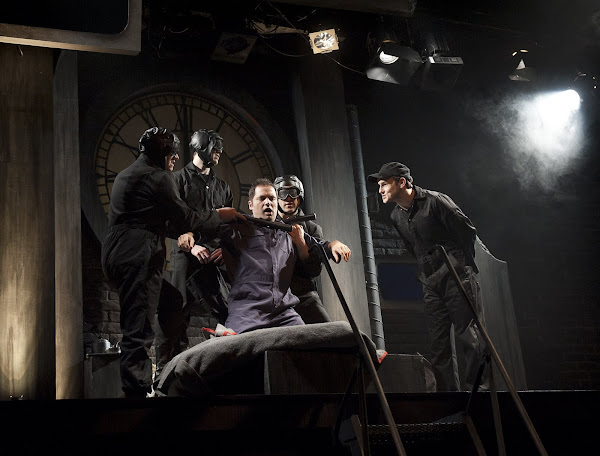 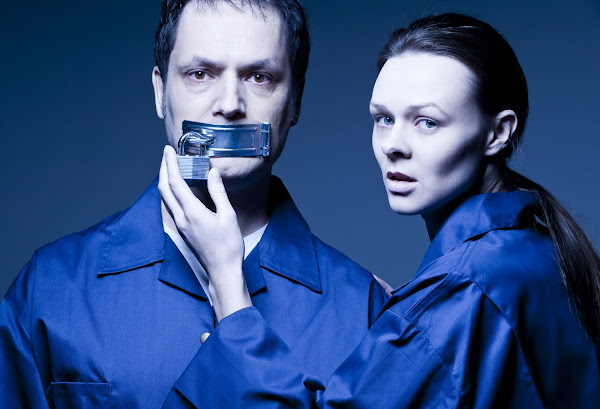 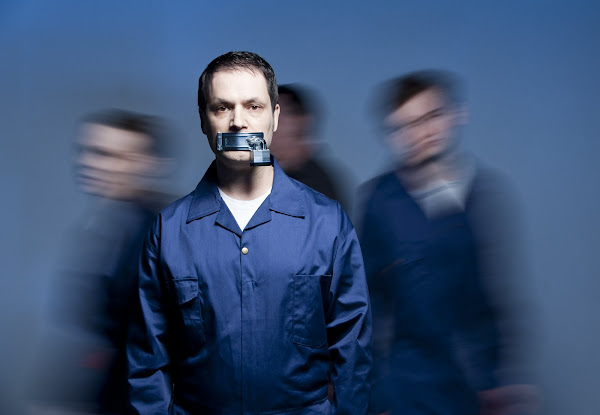 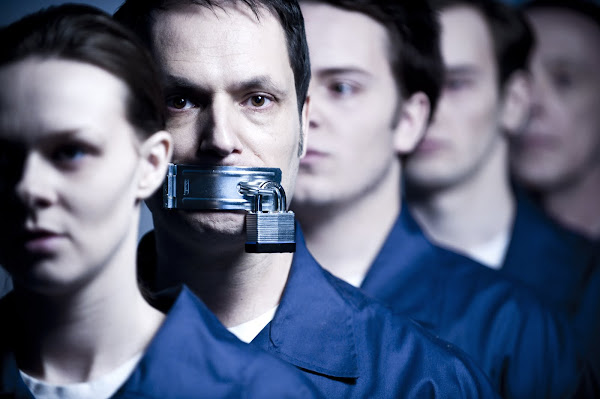 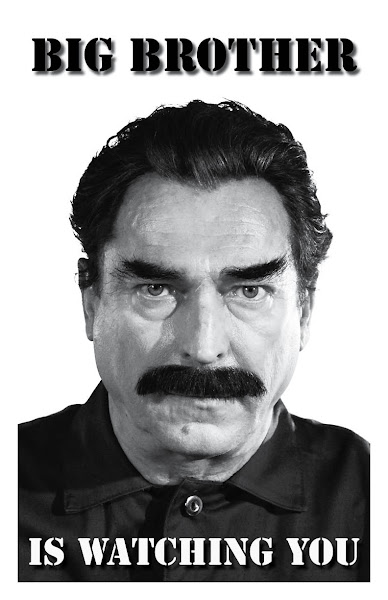 Stage adaptation of 1984 shows a thorough understanding of Orwell's warning...
So true to the author's grim intent... audiences can actually feel a frisson of fear...
Thompson's script is a perfectly polished condensation of the story.
Every tiny detail of the production has been so thoroughly thought out in service of the story that this co-production by The Virtual Stage and Studio 58 stands as the template for any future version of 1984.
- Peter Birnie, Vancouver Sun (full review)

1984 remains chillingly relevant...
It's a faithful adaptation given a masterfully creative treatment...
Marriages are seldom made in heaven, but putting The Virtual Stage and Studio 58 in bed together is a matchmaker's dream.
- Jo Ledingham, Vancouver Courier (full review)

Terrifying but terrific...
(playwright) Thompson and director Ron Jenkins have made the right choices...
The ultimate power of this production is the success it has in creating the suffocating world of totalitarianism, moment by deadly moment...
The sum of this production is greater than its parts -- and the parts are all excellent...
- Martin Millerchip, North Shore News (full review)

Nothing short of a visual feast...
Impeccably executed sequences...
[Director Ron Jenkins] has clear vision, and combined with Andy Thompson's whip-smart adaptation, the show is sure to resurface in a more substantial run.
- Dave Deveau, Sad Mag (Vancouver)

"This adaptation stayed true to the story and presented the world of Big Brother in a very compelling way..."
The acting and staging were perfect...
- Tessa Perkins, pressplus1.com 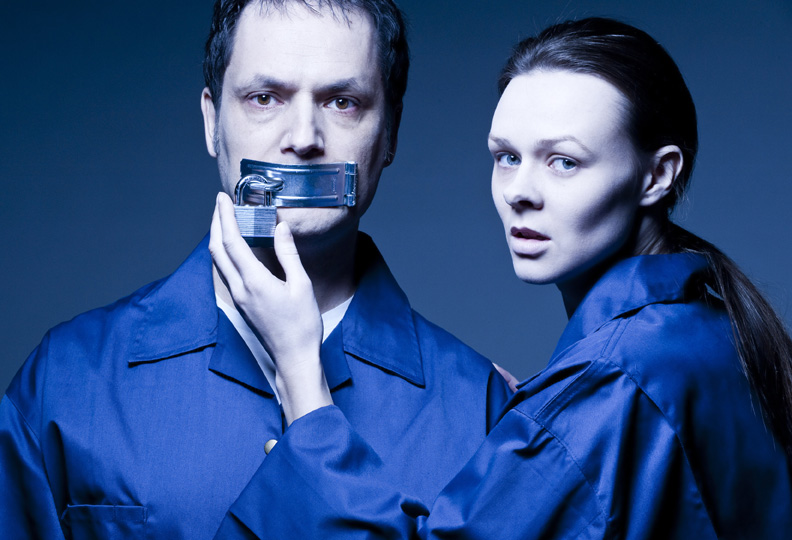 Alex Ferguson and Amy Hall-Cummings in 1984. Photo by David Cooper.

Adapted for the stage from George Orwell's novel by Andy Thompson

Produced by The Virtual Stage and Langara College's Studio 58

WAR IS PEACE. FREEDOM IS SLAVERY. IGNORANCE IS STRENGTH. These are the slogans Big Brother uses to reassure the people of Oceania: a society tyrannized by surveillance technology and oppressed by the inescapable "Thought Police". This world premiere of Andy Thompson's multi-media stage adaptation imaginatively interprets George Orwell's timeless and prophetic masterpiece. 1984 revolves around Winston Smith's dangerous, forbidden love affair with Julia. In Orwell's dystopian world, true love is forbidden and punishable by death.

1984 is co-produced by The Virtual Stage and Langara College's legendary professional theatre school Studio 58. Ron Jenkins, the renowned and multi-award winning director of The Black Rider and Bash'd is at the helm. This innovative interpretation of Orwell's famous novel is not one to be missed!