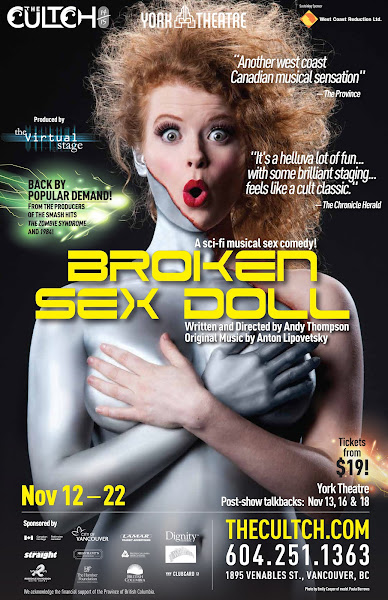 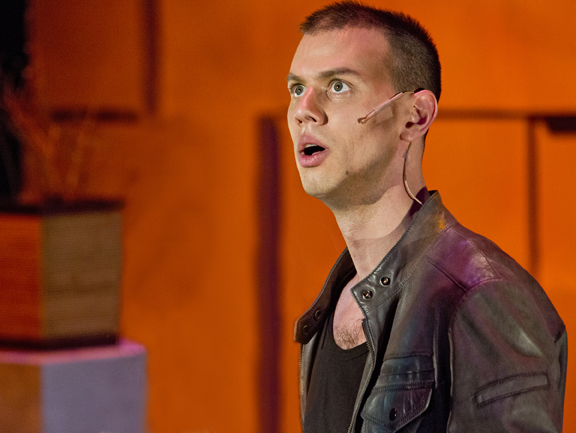 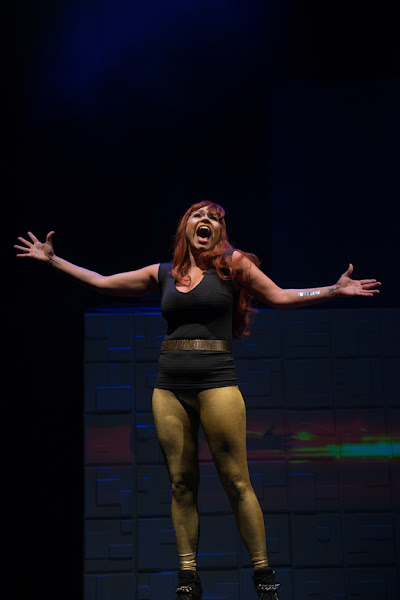 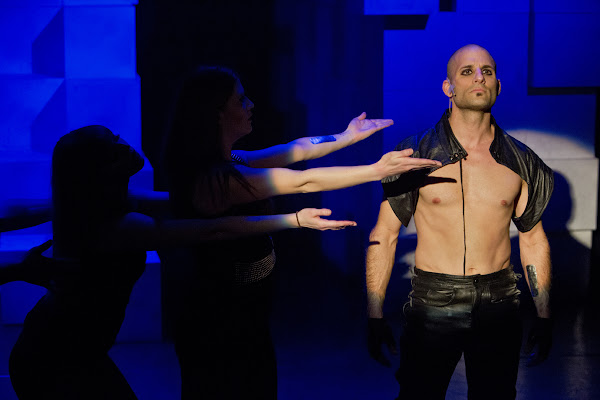 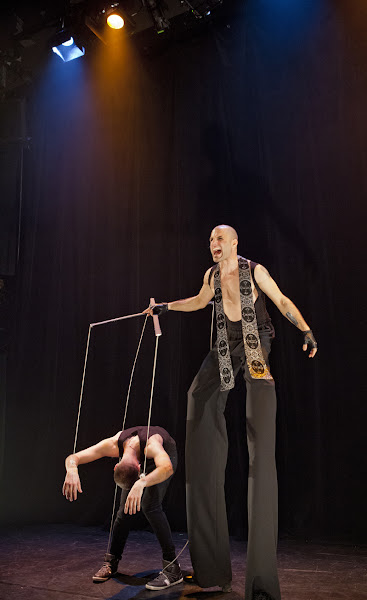 Benjamin Elliott as Daryl and Neezar as The King in Broken Sex Doll. Bettina Strauss photo. 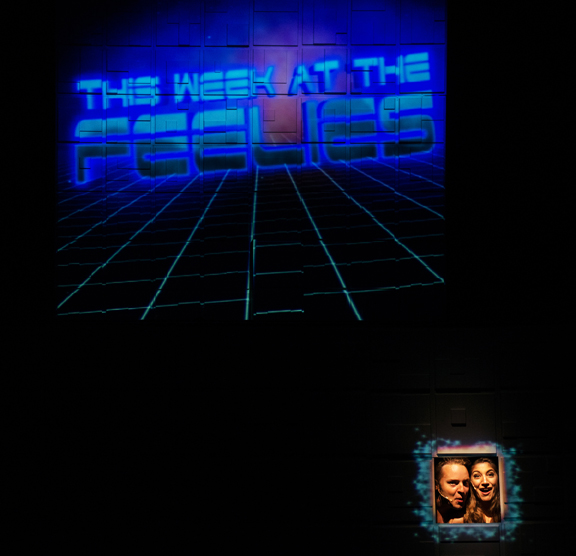 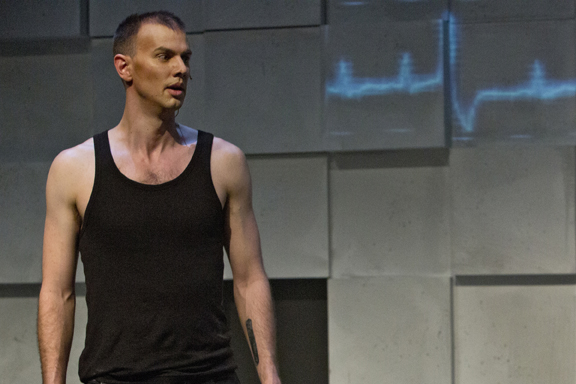 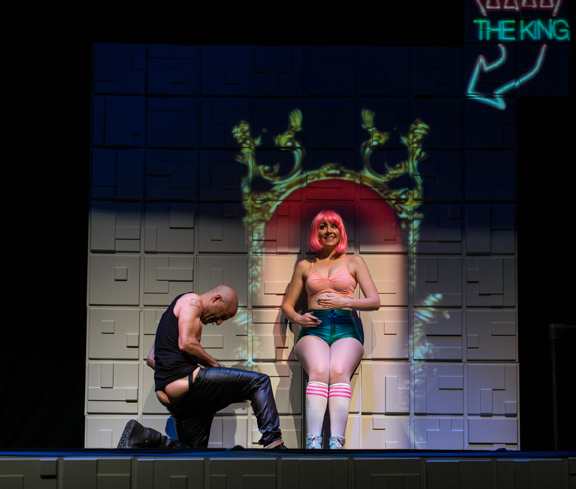 Neezar as The King and Alex Gullason as the CoolLine XL3 in Broken Sex Doll. Scott Munn photo. 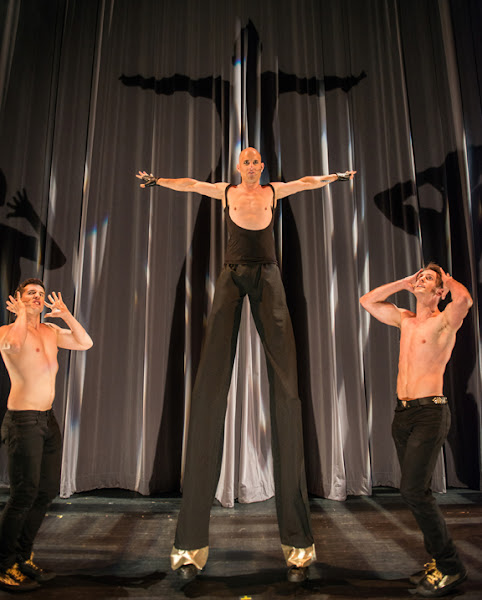 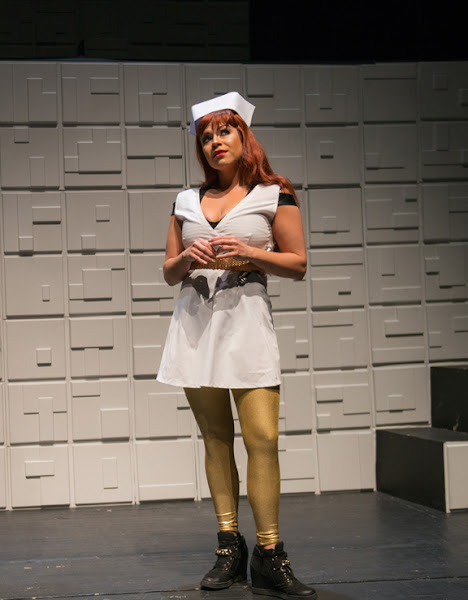 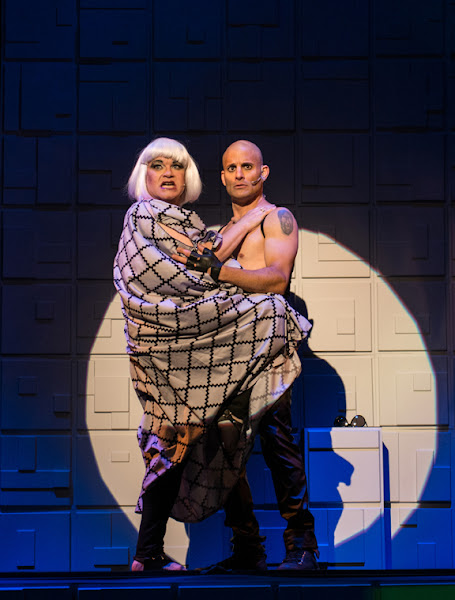 Greg Armstrong-Morris as Mom and Neezar as The King in Broken Sex Doll. Scott Munn photo. 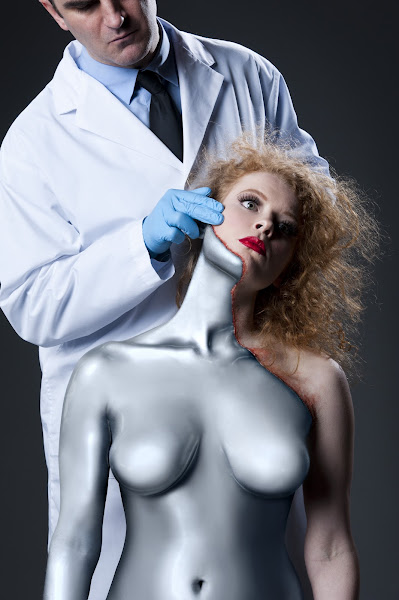 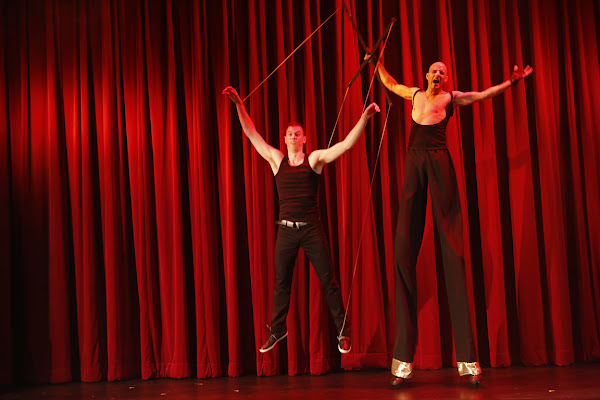 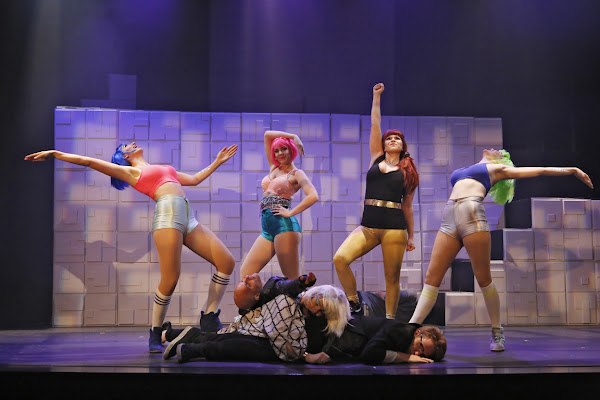 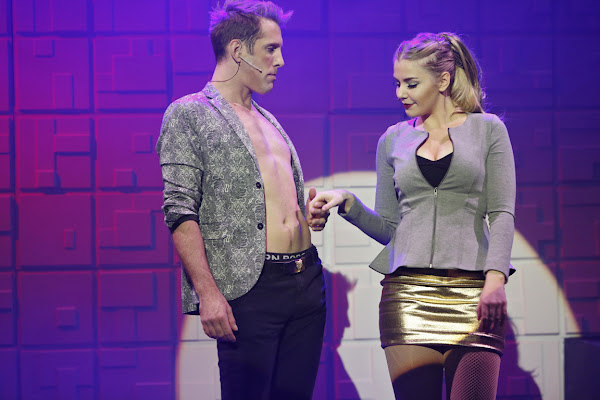 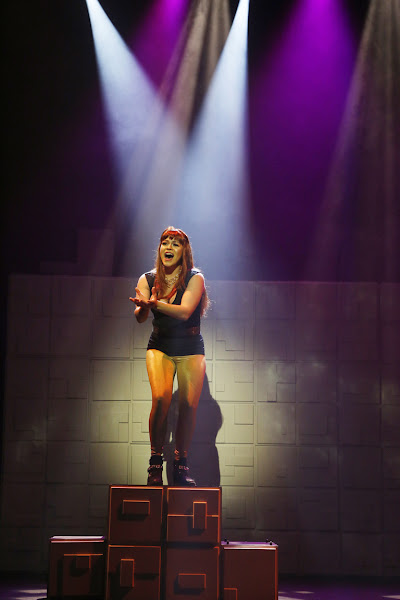 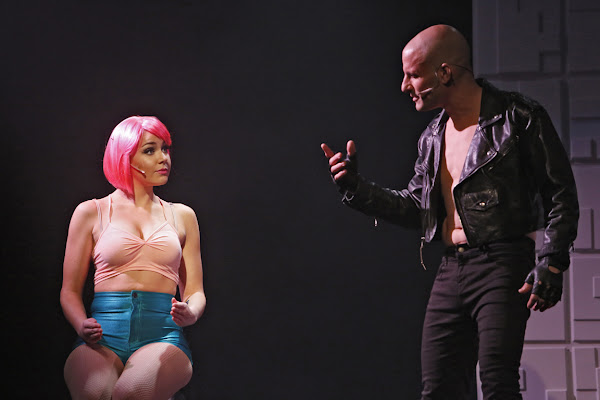 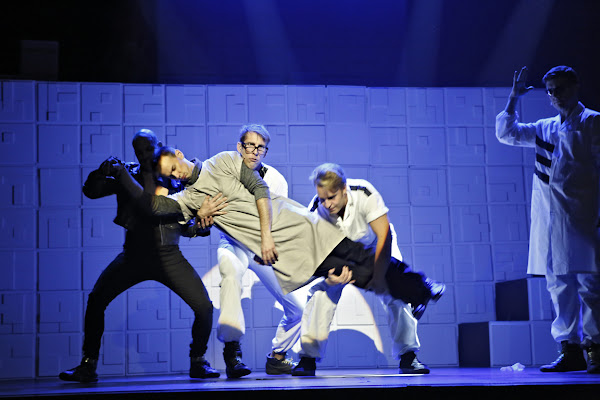 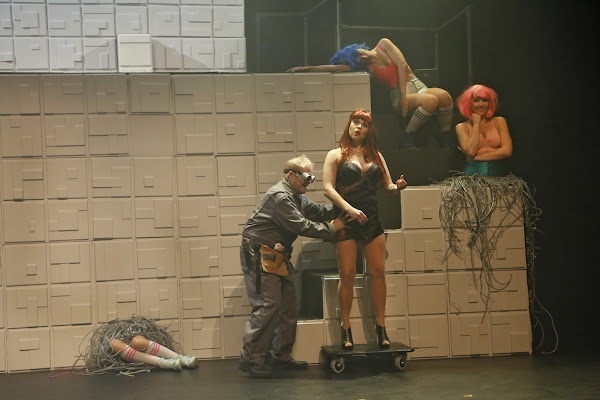 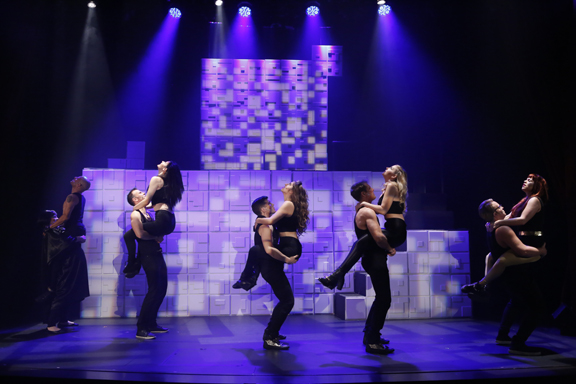 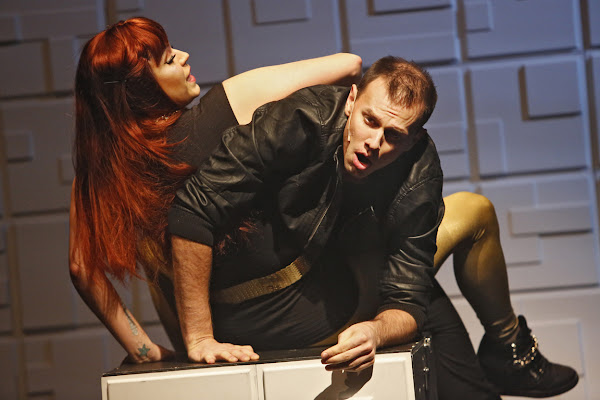 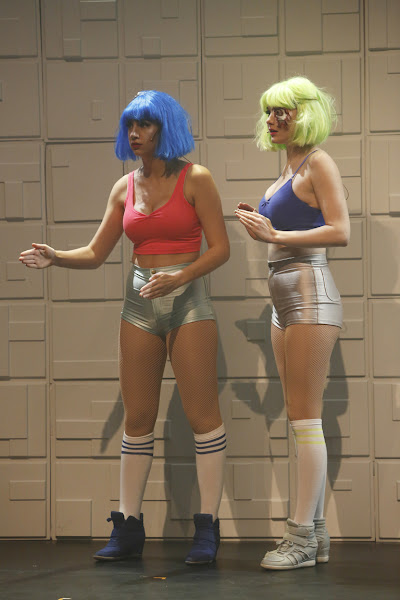 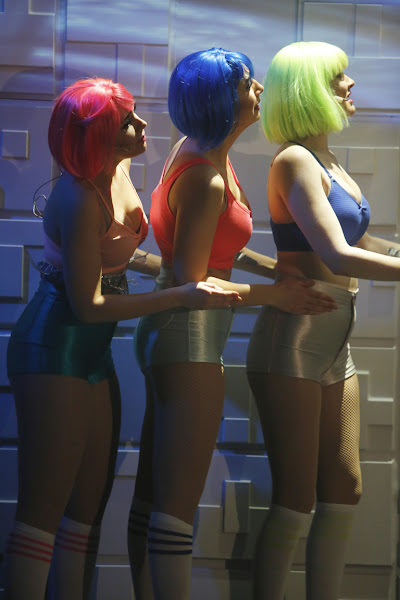 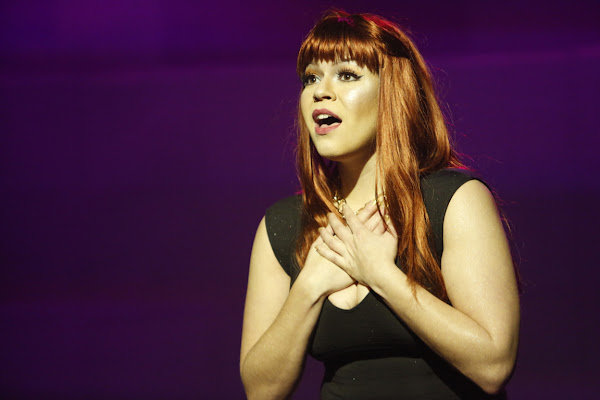 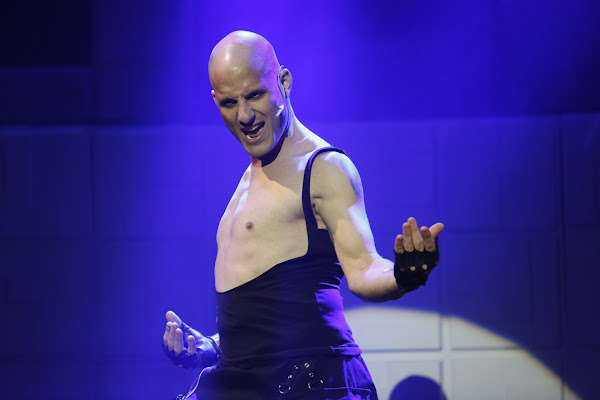 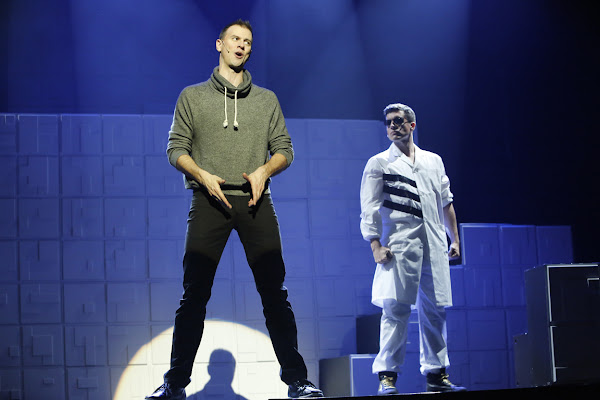 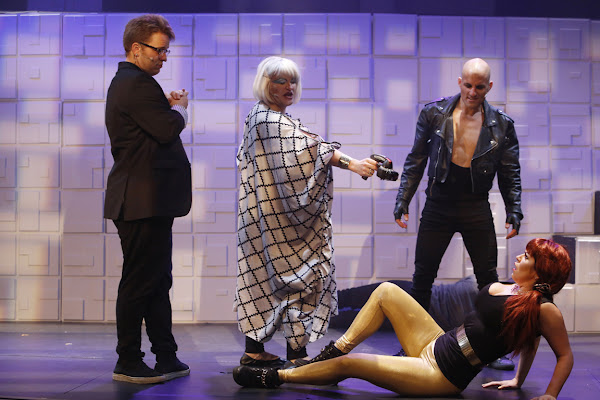 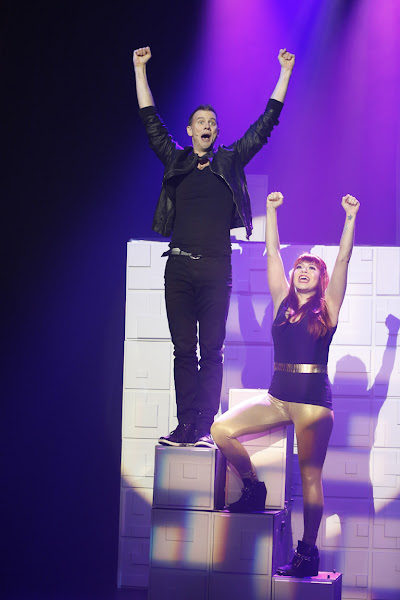 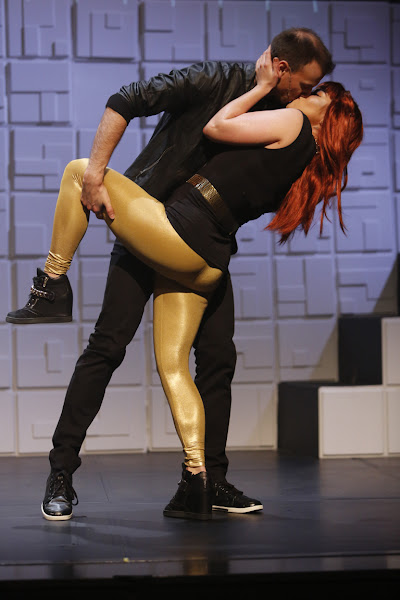 “Breakout hit of the season… the Next Big Thing in Canadian theatre… comic brilliance… Thompson’s script is very smart [and he] directs with aplomb, aided by the talented, versatile cast… Bound for New York and bigger things, Broken Sex Doll looks like another west coast Canadian musical sensation.”
~ Jerry Wasserman, The Province

“A stage show that’s fun [with] a lot of profanity [and] simulated sex… It defies categorization, it pushes boundaries, it pushes its performers – and its audience… This is provocative theatre, the kind that makes you want to write a giant cheque to an independent theatre company, to say ‘keep going!’”
~ Marsha Lederman, Globe and Mail

“Don’t see this show unless you want to laugh your face off. It’s rude, rude, rude and funny, funny, funny... Get ready to roll in the aisles... Forget about mascara; you’ll be wearing it all over your face when the curtain falls... If you want to laugh all the way back to your condo (or, as they say in Europe, your condom), this one’s right up
your old alley.”
- Jo Ledingham, The Vancouver Courier

“Andy Thompson is a passionate creative man who has a great sense of mischief... Broken Sex Doll is so outrageous and funny I hurt my knee... It’s a dirty, naughty wickedly funny revenge tale… [a] rocking dirty good time with a cast that is to die for!”
~ David C. Jones, The Charlebois Post

“Built for outrageousness… buzzing away at full capacity to deliver plenty of pleasure… The unabashed energy of Broken Sex Doll puts it on a fantastic roll early on, as members of the public download the video - ‘And now a sparkling thingy?’ - and flop around like orgasmic fish… There’s not a weak link in the 10-member cast.”
~ Colin Thomas, Georgia Straight

“This is the play you wished you could see when you were 13 and would do anything to convince your parents to let you. Combining elements of naughtiness and vulgarity while still maintaining the plot and original musical numbers, this musical delivers a bit of the ‘can I really be watching this in public?!’ feeling... Will definitely leave you satisfied...”
~ Emily Ross, Sad Mag

“Broken Sex Doll is well ahead of its time... a feast for the senses... a technical and visual accomplishment... The Virtual Stage’s Broken Sex Doll is an original musical that is innovative and fun!”
~ FunFunVancouver!

“Drawing from a number popular dystopian themes, Broken Sex Doll is a slick, silly, scifi satire. Kinda like if Ray Bradbury had written Grease... The musical numbers are strong, the set is fabulous, and the acting is fun and fearless... Fun to watch!”
~ Danielle Benzon, Plank Magazine

“This big, bold, Canadian science fiction, futuristic sex comedy musical is highly entertaining... Broken Sex Doll is an exciting piece of Canadian Theatre with an obvious future ahead of it filled with incredibly talented musical theatre actors.”
~ The Way I See It Theatre Blog (Halifax)

"Broken Sex Doll redefines what theatre can do... Impossible to categorize and difficult to describe... Your abs will ache from the fun of it. The success of the show relies on its multi-talented cast. Leading man Benjamin Elliott steals every scene with powerful vocals and enviable comedic timing. It is a show that you won’t soon forget."
~ Chelsea Stuyt, Vancouver Presents

"Thompson takes sci-fi and pop culture references and deftly builds them into a believable and engaging setting for what is, essentially, a love story. The comedy is hard-hitting, impressively sustained for the entire two hours. There’s a reason why The Cultch brought this show back for another run, so go see Broken Sex Doll. It’s fu…in’ awesome."
~ Sarah Higgins, PRISM international

"Accolades to the actors: they were funny and delightful. Kudos to Director/Writer/Producer Andy Thompson and his production staff for an entertaining show. It's that kind of a show that gives us a glimpse of what tomorrow might be for us humans."
~ Ed Farolan, Review Vancouver

"Supported by a tight ensemble cast, The Virtual Stage’s leads form a powerhouse theatrical quartet, each bringing their own unique talents to the York stage. Considering recent innovations like tablet computing and Google Glass, director and playwright Andy Thompson’s script feels remarkably prescient. You can certainly attend Broken Sex Doll for the laughs alone, but you may find yourself considering the premise in a more intellectual way. Broken Sex Doll has enough dramatic meat to have been a more serious play. The fact that Thompson and composer Anton Lipovetsky joined forces to make a musical comedy instead is just the audience’s good luck."
~ Lauren, niftynotcool

Stay tuned to the Broken Sex Doll Facebook page for information and updates!

From the producers of the smash hits 1984 and The Zombie Syndrome comes a hilarious sci-fi musical! The rapid pace of technological advancement in 2136 has only been matched by a dramatic decline of morality. Embedded at birth with sensory implants, people can now record and share experiences with one another. Known as “feelies,” these immersive memory files are celebrated and exchanged on the free market by an obsessed public hungry for distraction. Robots have become lifelike, humans are robotic, and the two intermarry.

When an ordinary man named Daryl wakes up from routine implant upgrade surgery, he discovers that he has unexpected sensory skills... and a crush on his mysterious nurse, Ginger. After the two upload an intimate encounter for an amateur “feelie” contest, Daryl becomes the next big star in the world's bizarre sex industry, only to discover love in the most unexpected place...

A "feel good" musical that's so wrong it's right!