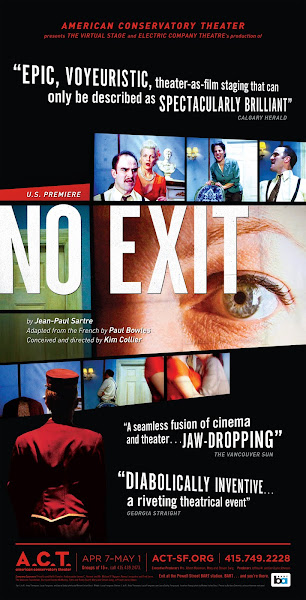 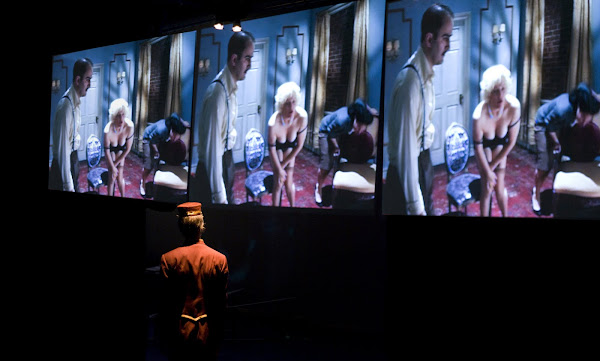 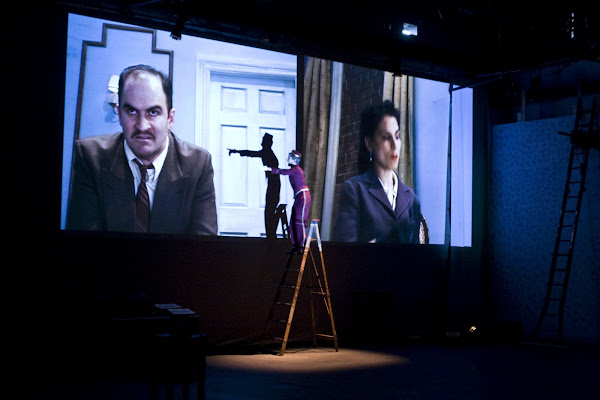 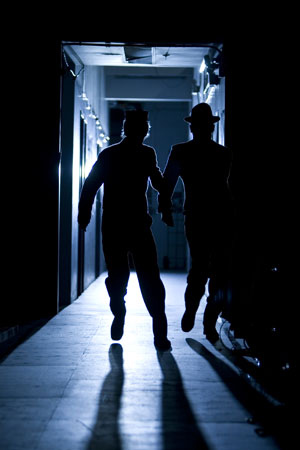 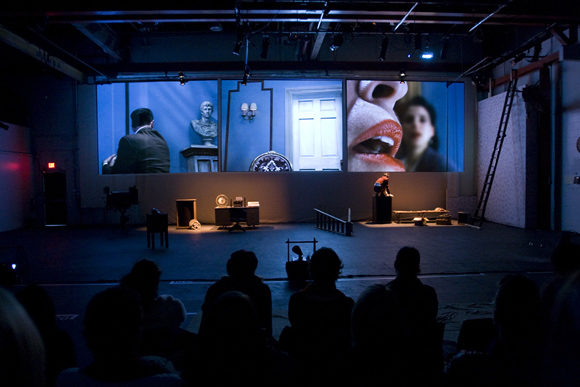 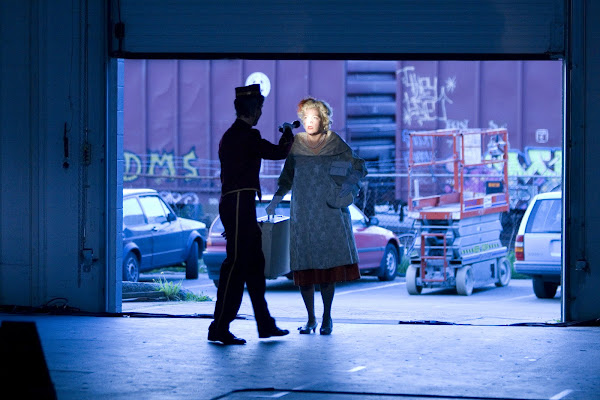 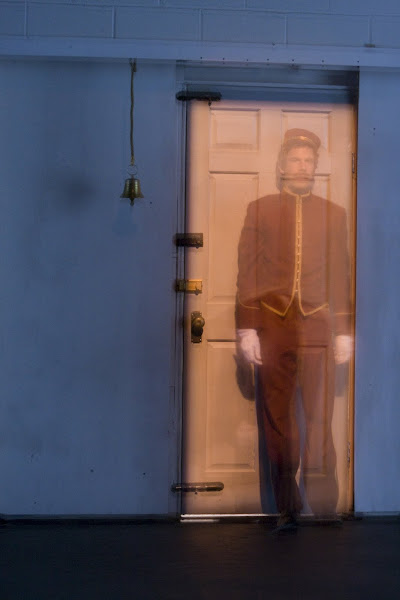 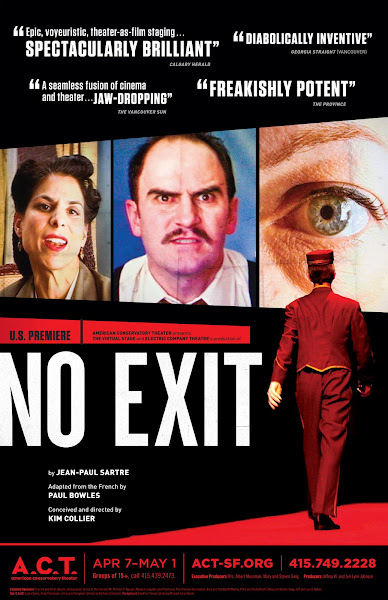 HIGHEST RATING
"Closing the usually imaginary fourth wall is one of the inspired conceits of No Exit…
A vivid variation on an eternal theme."
- Robert Hurwitt, San Francisco Chronicle (full review)

“Thrilling...
No Exit is the most riveting, exciting theatrical experience of the season so far.
- Woody Weingarten, Marinscope.com (full review)

"Beautifully performed... you've never seen anything like it before."
- KGO Radio, San Francisco

"While a lesser production may be hell, the Nightwood Theatre Presentation trumps staid audience expectations while remaining faithful to the author’s grim vision. Theatre purists may balk at the idea of a play unfolding mostly on screen, but rest assured that the execution far outstrips the gimmick. Combined with the solid conceptual tweaking by Collier and the collaborating companies, stellar performances by all the leads (Young’s expanded role as the valet is especially memorable) make Nightwood’s production of No Exit essential viewing for any Toronto theatre patron or armchair existentialist.”
- John Semly, The Torontoist (full review)

“It is staggering to fathom the amount of choreography and staging this virtuoso experiment requires, especially as the play descends to its horrific conclusion. This new adaptation of No Exit leaves you in a gut-punched daze, made easier only by how stunningly innovative it is.”
- Richard Lam, Pressplus1.com (Calgary)

“[Kim Collier’s] 2008 production for The Virtual Stage and Electric Company Theatre, now on tour, is simply stunning and is one of the must-see shows in Toronto this year... No future discussion of this play will be possible now without taking Collier’s invigorating re-imagining of it into account.”
- Christopher Hoile, Stage-Door.org

"Another benchmark of brilliance...
So filled with innovation...
A jaw-dropping reminder that Vancouver's site specific theatre scene remains a world leader."
- Peter Birnie, The Vancouver Sun

"Director Kim Collier is a visionary.
A riveting theatrical event.
It's fantastic.
This production is so exciting..."
- Colin Thomas, Georgia Straight

"The best play of the year thus far...
Nothing short of brilliant...
A thrilling masterpiece...
This is a show that deserves to be seen by as many people as possible."
- Steven Schelling, Westender

"Brilliant...
The bravest theatrical ride I've been on this year."
- Michael Harris, The Globe and Mail

The hotel room where Sartre's three characters must endure each other's company for eternity is situated inside a cement bunker (originally a painting room in a cavernous warehouse space at the Centre for Digital Media where we produced the world premiere in 2008). The entrapment is intensified as the characters are literally confined within the four walls of this tiny room, out of audience view. Through a series of hidden cameras audience watches, with cinematic intimacy, a meticulously staged "live film broadcast" of what goes on inside the chamber. Inhabiting the space between the audience and the giant movie screens is the play's traditionally "minor character", The Valet (Jonathon Young). By revealing the Valet's off-stage world outside the confines of the hotel room, the frame on Sartre's play is widened - possibly finding an exit to a classic play about eternal damnation.

The Virtual Stage Arts Society would like to thank the following organizations for their tremendous support of our company and our production of No Exit.