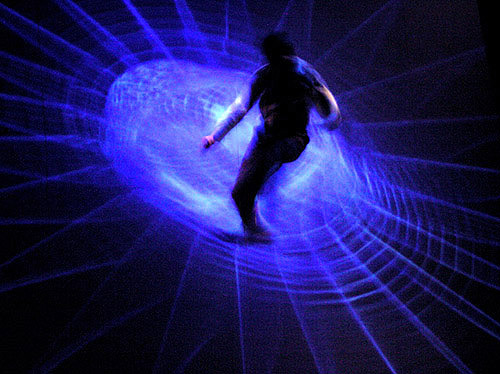 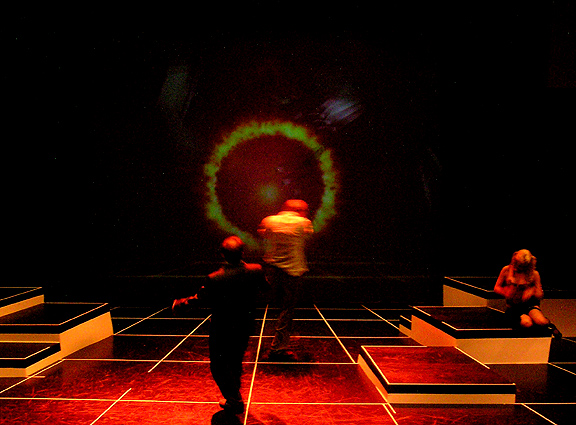 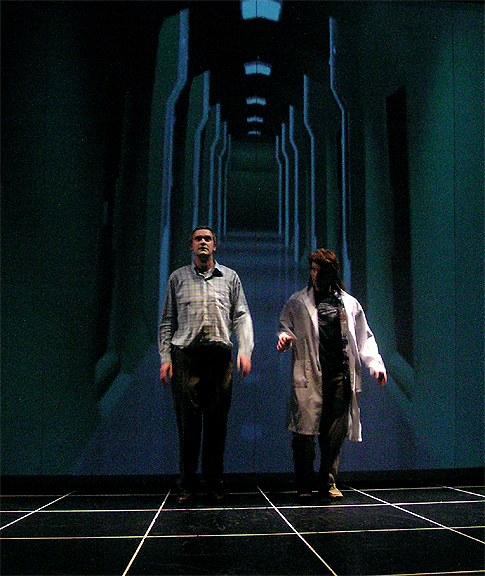 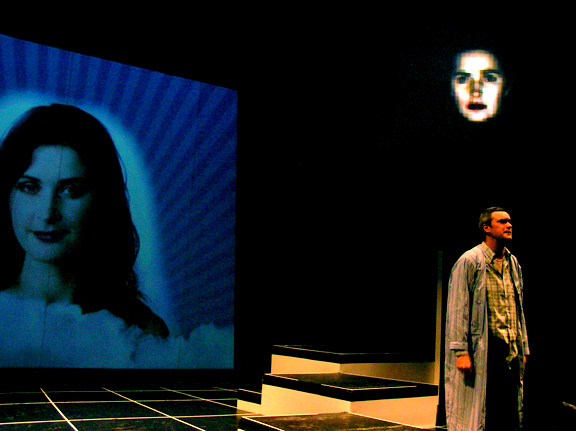 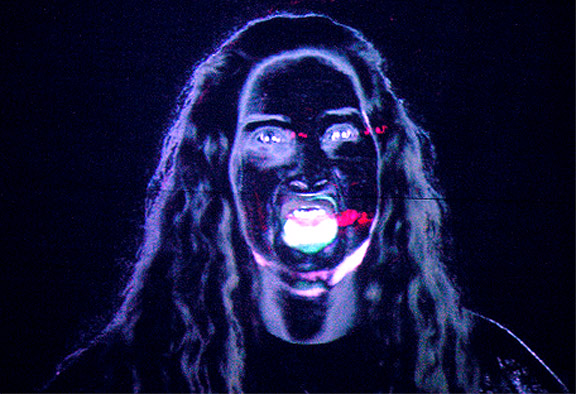 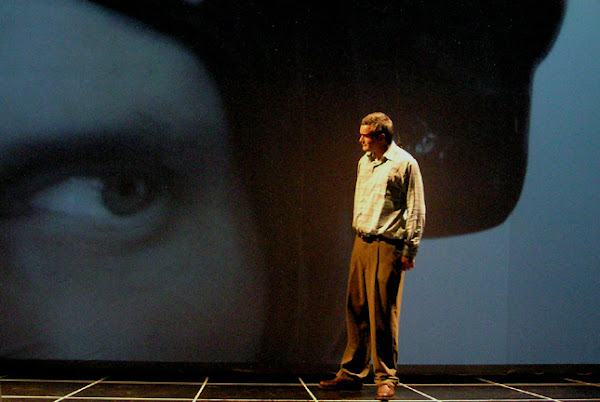 On October 20, 2006, the world premiere of Andy Thompson's absurdist sci-fi comedy SPANK! closed to a standing ovation at the Roundhouse. 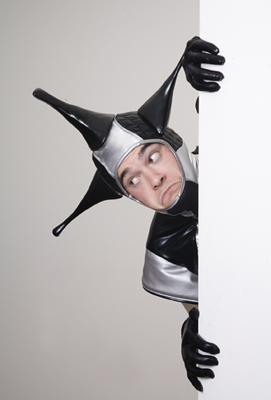 "Fantastic... lots of fun to be had... high-tech staging... totally trippy..."
"Sasa Brown... delivers the knockout performance in an evening of solid acting... This woman is going to be a star."
"The production is a significant achievement for this whole group of artists, especially Thompson."

"...Wow, what a fabulous looking production. I don't even have the vocabulary to describe some of the dazzling visual effects... Gee, Toto, we're not in Kansas anymore."

"SPANK! is a tight piece of work that addresses the evolution of theatre and narrative resources at our disposal. I was thrilled at this smart piece of innovative theatre."

A lonely, renegade genetic researcher injects himself with a DNA-altering prototype intended to make him enlightened, only to learn that his life is not what it appears. As his genetic composition unravels, so too does this light-hearted romp to the heavens. SPANK! is a meditation on the unlimited power of an underdeveloped mind: for the angel (and devil) in all of us. 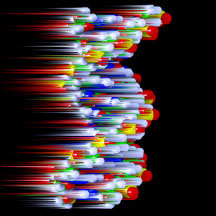 A special "thank you" to our production sponsors and partners:

Produced with the generous support of The Vancouver Playhouse Theatre Company and the Roundhouse Community Arts and Recreation Centre.