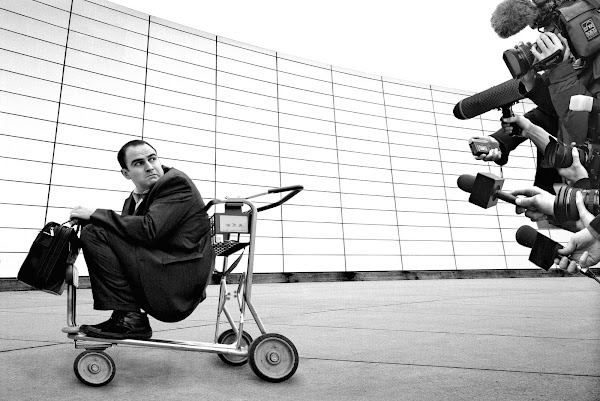 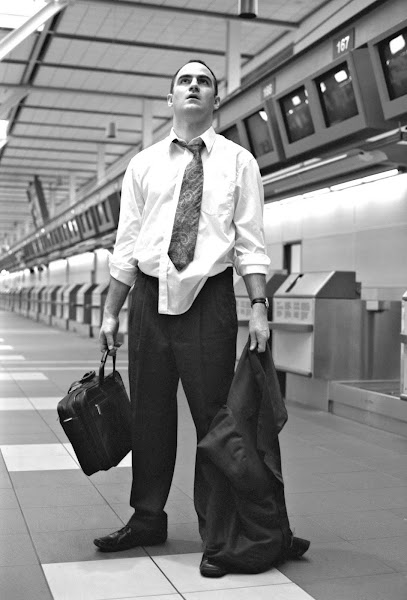 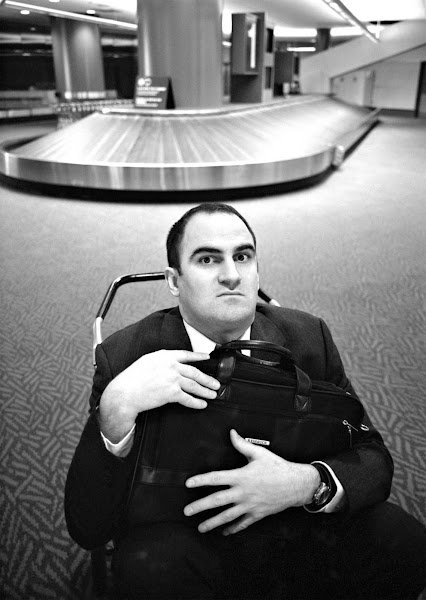 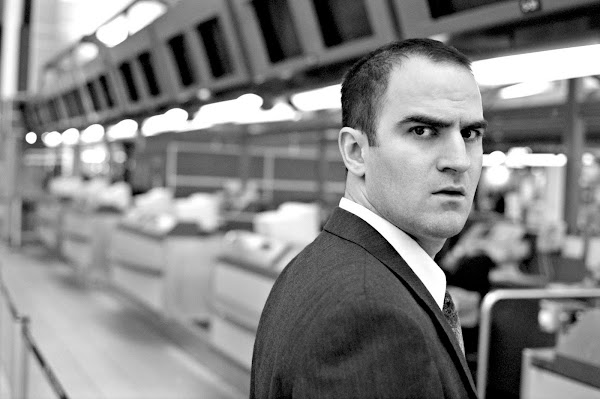 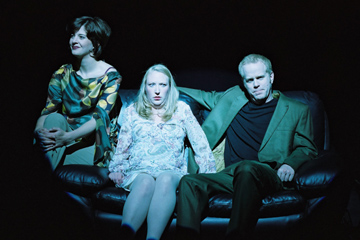 Our reconceptualized production of DeLillo's Valparaiso play once again drew rave reviews. Director Craig Hall was hailed for his vision and our effective integration of video technology was applauded:

“Talented young directors are worth their weight in gold. Bring out the ingots; with this production of Valparaiso, Craig Hall firmly establishes himself as a fresh and forceful artistic presence. Hall's direction and some outstanding performances make the most of this work. This trip to Valparaiso is full of fascinating thematic turbulence. Nonetheless, under Hall's direction, the flight is remarkably smooth.”
- Colin Thomas, Georgia Straight

“Even if you caught Virtual Stage Co-op's first production of the piece in 2001, don't miss this accomplished return to a play pulsating with angry intensity. Director Craig Hall hits all the right notes. Designed and directed by Thompson, [the] video segments are finely attuned to DeLillo's twist on TV's rhythms. Rather than the gratuitous use of such technology in many other productions, they're absolutely integral to fulfilling the strange vision of Valparaiso.”
- Peter Birnie, Vancouver Sun

“Director Craig Hall finds exactly the right tone. Hall's direction for The Virtual Stage Co-op is tight and the cast, superb. Andy Thompson's video design provides a well-integrated backdrop to the action and cleverly emphasizes one of DeLillo's concerns: today, experience may not be perceived as "real" until the media has had its way with it.”
- Jo Ledingham, Vancouver Courier

The Virtual Stage Co-op's new, reconceptualized production of Don DeLillo's play Valparaiso closed tonight to a sell-out crowd that went on to party into the night to the fabulous tunes of Subplot. Artistic director Andy Thompson was very satisfied with the run of the play.

"The audiences really dug it and the critics unanimously praised the production. What more can we ask for? I'm really glad we did this show again and improved on the production values. I am particularly pleased with the quality and effectiveness of the video technology this time around. I feel we're really hitting the right balance now and fulfilling our mandate through the judicious use of technology in our shows. It's funny. People sometimes are afraid of the notion of using technology in theatre. I refer to such types as 'theatre purists' who perhaps feel that we should stay in the 17th century style of theatrical presentation. The flipside is the tendency to over-incorporate technology. This doesn't help, but in fact hinders the story-telling process and alienates the audience. Emerging technologies such as digital video and computer animation are tools, just like a curtain or a sandbag is a tool. They all have valid potential roles in theatre. I think this production of Valparaiso was a perfect example of us hitting just the right balance with the tools that we had. So I'm very pleased. And I'm very excited about exploring this balance further in our next production, Spank!"

Thompson, an award-winning playwright, is in the process of writing Spank! - the next Virtual Stage production. It's a first for the company in commissioning a new work. "It's a great opportunity for me to custom-build a play for The Virtual Stage," says Thompson. "And a tantalizing challenge."